Moving to the River 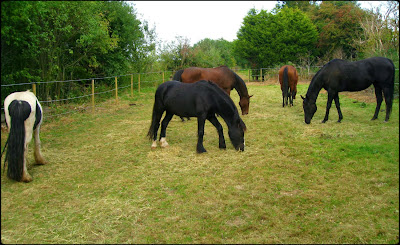 I mentioned moving the equines rather a long time ago and I haven't really done a proper post on the matter since then so here we go. If you'll take a look at the photo above you can see they've all been moved safe and sound, but the question is where have they been moved to? Although if you look at the post title it does kinda give that one away, yes they've been moved next to the river. 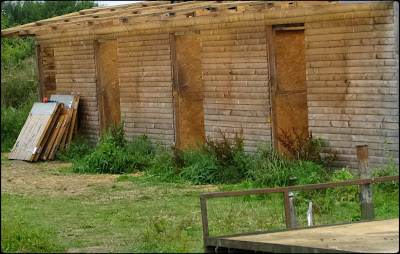 But more on that in a bit because now I want to show the photos of our stables being moved yes we had them moved too, here they are with the roof and doors off, looking a little over grown out the front. Also I got to help take them down which was actually quite good fun, odd I know. 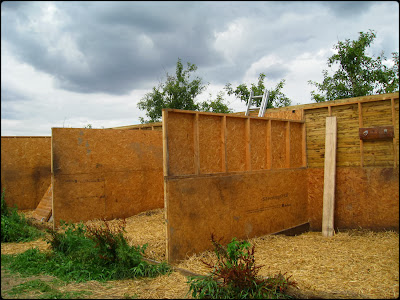 And this is them with the whole front and roof taken off. 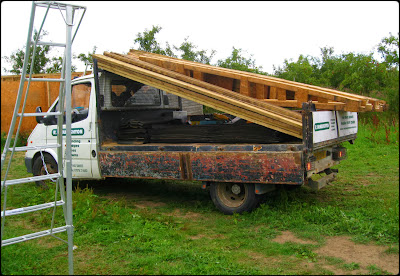 Here's the roof after it had been loaded up, not all of the stable parts could be moved like this due to weight limits but the roof was ok. 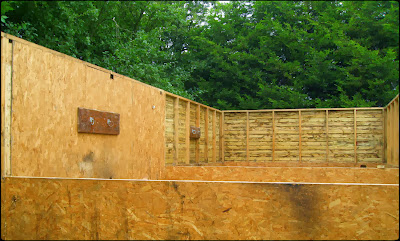 And now this is the stable going up on the new land, as you can see they are fairly sheltered by the conifers which is nice. 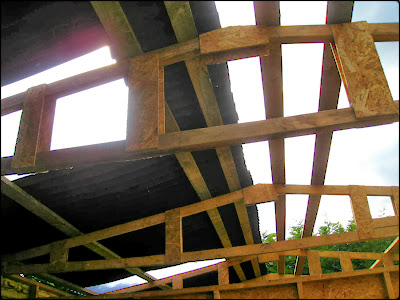 And finally this is the roof going on. 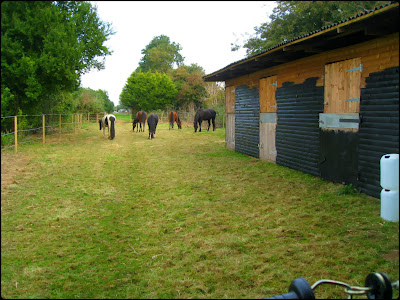 Done, one four block complete with horses and the beginnings of a nice black paint job, that has sadly had to be put on hold due to rain, but let's hope we can get that done some sunny day soon. 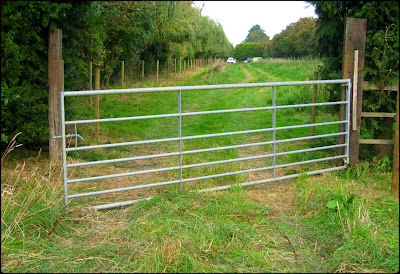 Now on to what we've got at our new yard, well we have 7 gates 3 of which are metal yeah that's right we're living the life! Fine so we haven't got much here in fact we don't even have water we have to bring it from home, but that's working out ok for now, while we can still drive it down but I think it'll get hard when we can't drive down in the winter. 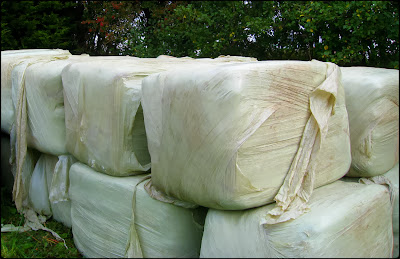 Here's a quick pic of our winter forage, see plenty for all they are 300kg bales, the horses are loving the stuff and all putting a nice bit of weight on for the winter, now while on the note of food I have news about Tipper. 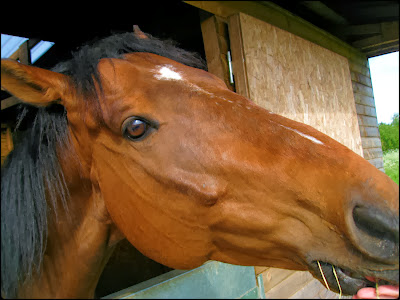 This is an old photo of Tipper as I haven't had the camera with me the last few days. Sometime ago we had the dentist come out to do Tippers teeth but after taking a look he said that Tipper was going to need a lot of work done, and we all agreed that he wasn't going to be well behaved enough to have it done without being sedated. So Niko got done that day instead, and we had to book the vet to come at the same time as our dentist but the vet let us down the first time which was a real shame because of how long the waiting list is for the dentist. Well anyway we re-booked and this time we weren't let down and it all went very well so now Tipper is munching with the best of them, which is lovely to see. 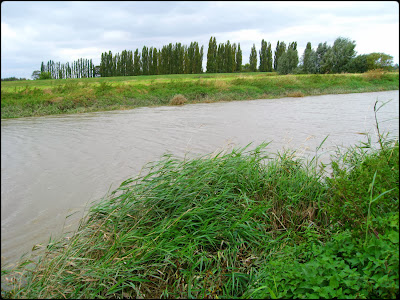 But now back to the new yard I've shown you the gates, food, stables, and horses so now to the river and well here it is in all it's muddy splendor, it's actually pretty nice to be next to the river and we've been informed that it hasn't flooded for years and years, but having said that I wouldn't believe a word from the person that told me that so I guess I am just going to have to see for myself. 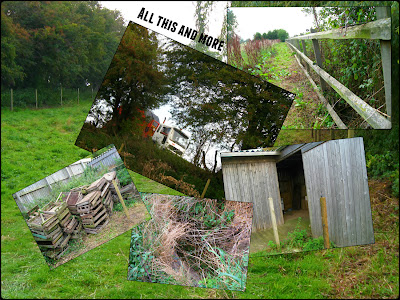 And as I oh so slowly come to the end of this post I'd like to point out a few other things we have here, post and rail on some parts, a road literally next to us, a creepy shed, some really big holes, and lots and lots of junk left here by our beloved lazy person who will not be named. But honestly it's pretty good here so no worries.

Oh and finally before I stop going on Halloween is nearly here so expect to be seeing a spooky post around here. Well that's it from me now I hope you are all having a truly glorious time of life, if not just a good time will do.

Congratulations if you read to the end of this long slightly rambling post and thanks.

Well Congrats On A Solid Move. I Pray You Are Out Of Harms Way, Should That River Overflow It's Banks!

Lots Of Work To Be Done, By The Sounds..But You Are Young. Do You Work? Just Thinking
Of Time...

Glad For The Good
Dentistry For Tipper. Makes You Sigh In Relief ,Knowing They Can Function Better.
Now, To That Water Thing...That Troubles Me....Us Got That River, But Access And Safety. Hum.

Hope There Is A Nice A Place To Ride A You Had!