Welcome To the New Month 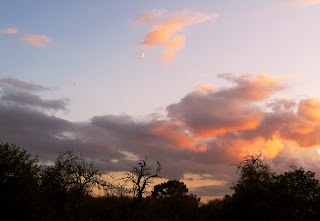 Welcome to the new month, a very special one too (my birthday’s in this one), I hope you’re all well I haven’t been posting a lot lately. I only did 8 posts last month, but I was surprised to see that I had more views than September when I posted 13 times.

Autumn is finally here, a bit late but better late than never, the trees are starting to turn a very nice colour, and the leaves have finally begun to fall, anyways on with horsey stuff. 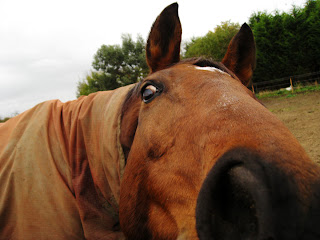 I’ve got lots to yak about but need to get around to putting it in to a post, I’ll be talking about my riding and how Niko and I are getting on some more. 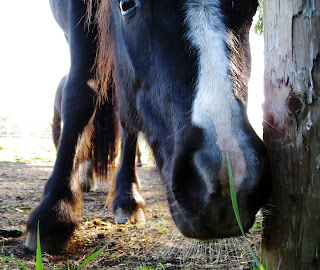 I’ll also be posting about little Murphy and what’s been going on with him and the plans I have for him, yes I know that makes it sound kind of sinister, but it’s really not. 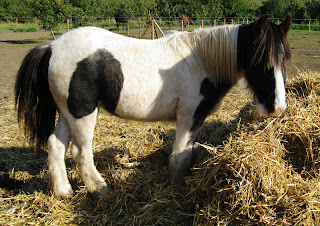 And I really want to do a post about Pip with more details on him and of course how he’s getting on, but I need to get some photos of him, all the ones I’ve been getting have been rubbish.

So all that is hopefully to come in the new month and obviously I’ll have other stuff to go on about like the other horses and things.
Now I am off, thanks for following and I hope you all had a cracking Halloween.

You always get the best shots of the horses. Sometimes they are funny and other times it really shows their personality...You really are quite good with that camera!

Aurgh! Always keeping us anticipating the next post! That's why you had more views last month! We kept checking if blogger was forgetting to tell us that you had posted!! : ) Look forward to hearing the horse-y details!

Ha! Funny you mention the more visitors when you post less often. I too, have noticed this. I have wanted to post..had some things that reminded me of your quest with still hands...will still do that one sometime. But, case in point...been busy, been depressed wioth changes...but everytimne I come to try to post(sometimes computer won't allow) I see more Followers and more comments on the last post!

Loved your personality angles of the horses...thought maybe pip would give you a cute through the straw angle too...
Well, looking forward to your telling of the developments with youyr riding and also pip and herd.
KK
Be well friend equestrian~

You always get some great shots of the horses and pony's. Looking forward to reading about what has been going on with you and Niko, and of course Murphy and Pip too :) Is your Birthday soon? Thanks for your kind comments Edward, and glad you enjoyed my post. Abby

I think all your photos are great :)
I can't wait to read about your plans and how you've been doing!!

I'm a birthday gal this month as well... a scorpio. I'll look forward to all your news this month. (oh, and I will be posting about "cut backs" so you will see what they are ;)

I always like the photos you post of your horses - you must spend ages taking them! I never have any decent ones of mine which is why I hardly ever post about them, I'll try and get some good ones.
Looking forward to hearing all your news!
Andrea

Can't wait to see how you and the horses celebrate your birthday. It is a busy time for sure with fall here. We all have things that have to get done before cold really sets in. I'll check back in to hear all your latest newsy stuff and new pictures.

Thanks for all the comments everyone and glad you liked the photos.


KK, it can be hard getting around to posting sometimes. And yes it’s my 18th thanks.

Abby, yes it’s soon, my birthday is on the 15th so not long now.

Margaret, I am Scorpio too. I’ll be interested to read about the cut backs.

Andrea, yup I do take a heck of a lot of photos, even if I get one I am happy with I like to keep taking them just in case I get a better one.

Debi, hmm not sure I’ll really be doing anything special for my birthday, I guess the horses will get to celebrate with lots of treats.