Murphy Show Pony to be? 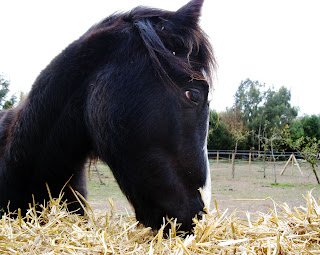 I’ve been planning on taking Murphy to a show for sometime, he’s such a pretty little Pony and does move quite nicely, but when he moved in with Pip he became good friends and they would groom one another very often which sadly led to the tragic demise of Murphy's beautiful mane as Pip may have um… well… he ate it :( 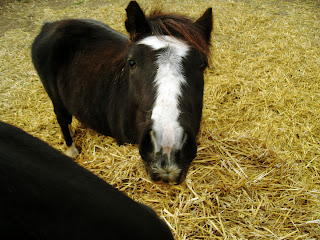 On the bright side he ate it in the friendliest way, with simple incessant grooming. But it has still somewhat lessened Murphy’s appearance, so the plan is that hopefully I can get his mane on the correct side during winter and his mane to grow back so he’ll be looking good next year and will be ready for a show. 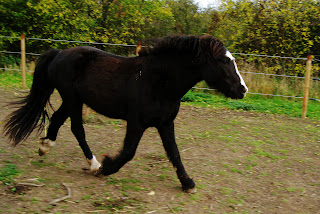 I’ve got to do lots of inhand work with him over the winter months too as I’d rather Murphy did not go crazy and start cantering and bucking around the show ground. He can be very spirited and full of energy at times, which I love about his character but it does also mean that he’s likely to do something silly with all the excitement of a show. 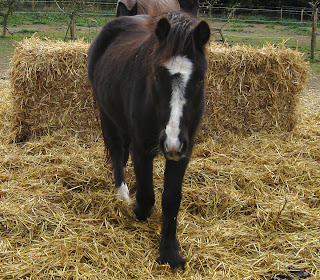 Murphy is coming along really well and I am very happy with him. I have lunged him a little bit and he has been great at it and really listening. All this said I haven’t really much idea about shows so I had better learn a thing or two as well.

Now that’s all from me, my next post will hopefully be about my riding and how Niko's getting on.

Maybe Pip needed some extra roughage for digestion, hahaha! Seriously, Murphy is adorable and hopefully won't get too excited with all of the activity..how cute he is!

Murphy is too cute!! I am sure he will do great at a show!

Another horse ate Shyloh's mane before I got her, we are working on growing it back.

I know all about munched manes, but they do grow back thankfully!
I am sure if you do lot's of inhand work with Murphy, he will settle down. He is looking very well, and like Pip, he is also very sweet :)
I hope your lessons with Niko are continuing to go well.
Abby

Maybe you could braid his mane and then he would look so cute for his show.

He is adorable. How would you show him as I assume he is too small for you to ride. Is it with a cart or ground work? I'm very curious... And what an adorable face he has.

Thanks you all for your comments sorry my reply is so late but I’ve been off Blogger for a bit, but as always I love reading your comments.

Sherri, ha you maybe right, I am sure Murphy’s mane makes for some lovely roughage :) Yes Murphy is adorable and I am starting to think maybe he’ll be ok with the excitement but he may yet prove me wrong.

Allison, I sure hope so, he is a nice mover so think he’ll do ok, good luck with growing Shyloh's mane back I hope it’ll be back in no time.

Abby, glad to hear his mane will be making a return, he does seem to being doing well and we still have a long time till any shows. With regards to my lessons they are going ok my last one wasn’t great but apart from that they are all going quite well, oh and thank you so much for the happy birthday it was really nice to read thank you.

Debi, he would look nice all plaited/braided up but sadly I cannot show him like that because of his breed, he is a British native pony and should be shown as naturally as possible, so sadly he is going to have to grow the mane back if he’s to be shown.

Margaret, yes he does have a nice face thanks, and yes he is too small/young for me to ride, I will be showing him in hand as I don’t want to drive him till he is a lot older.

Did you get him to be a pasture mate to one of the horses and then decide you can drive him as well. I think that's a fantastic idea. Do you already have a cart and tack for that? A post on all of that would be interesting.