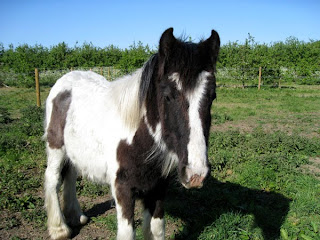 We have seemingly eradicated all of Pip’s lice, so maybe he can go in with the others soon, I have been checking him daily for lice and have not seen any on him for quite some time now, anyway here is how we got rid of them. 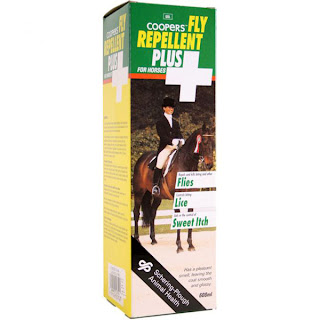 This is one of the products that we used on Pip, Coopers Fly and Lice Repellent it comes with a pair of gloves and a sponge to apply it with, we used a lot more then the instructions told us to because Pip’s coat is so thick, and this made it hard to apply it properly. 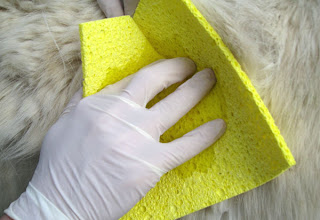 We used it quite a lot of times on him but not every day, because when it is used it will kill any lice that have hatched but not un-hatched lice, so you have to give them time to hatch and then use it again. 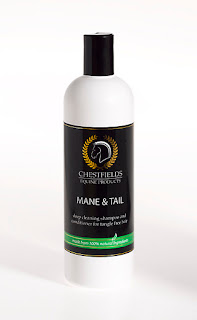 And then to finally finish them off I gave Pip a bath using this, Chestfields Equine Products Mane & Tail Shampoo, this killed any of the remaining lice or caused them to come to the top of his coat where he finished them off himself. 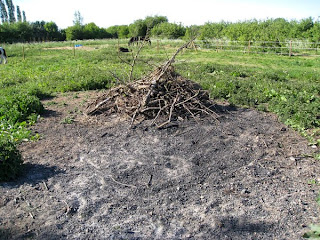 And this is how Pip finished off the last of the lice, he rolled in this bonfire site that is in his paddock, the people that took the trees out of this paddock burnt them there, Pip rolling in the ash caused the lice to be smothered. 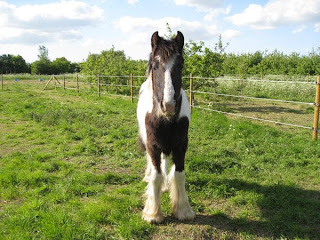 And we have not seen a louse on him since.

Thank you all for the comments on my last post.

Abby, Murphy will eat stinging nettles before they are cut as well, but this way Madeline and Niko will eat them too so it helps to clean up the paddock, and hopefully the grass will grow where the nettles used to be.

Kritter Keeper, this is the first time we have tried cutting the nettles for the horses and ponies to eat, we read about it long before we tried it but now there are so many stinging nettles we thought we would give it a go.

I honestly didn't know horses would eat them at all, especially like that. You've got my curiosity now!

I didn't know that either Autumn Mist! I too am curious and even though I do not have any more of the pesky plants I will keep that in mind.

Pip really looks so sweet in your photos and I am glad he is free of those horrible lice.
Did you manage to salvage any of the trees to make some cross country style jumps with? Abby