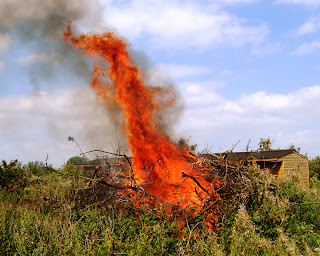 We have finally got around to burning the last of the trees that were ripped up to make room for the paddock, as you can see it was quite a big fire and the flames reached high in to the air. 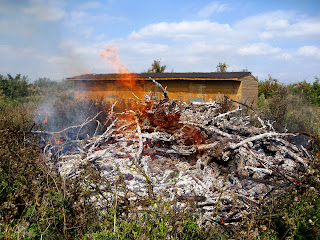 But sadly I think we will have to relight it to clear up the last bits of branch and twig, but at least then the second paddock will be clear of trees and then all we have got to do is put in the fence posts, easier said than done. 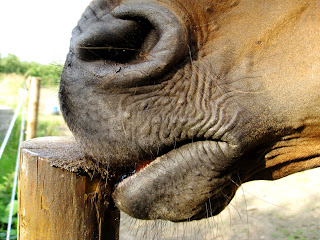 In other news Niko went back to cribbing because after the rain the Cribox was not as effective and he started cribbing again. 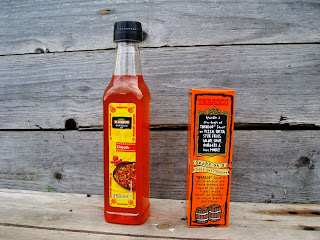 We did try using chilli sauce as we had heard it worked but Niko seemed to quite like it so that didn’t work and just ended up giving him… well lets just say the chilli sauce didn’t get on with him!

So we have tried a different way of stopping him that seems to be working but more on the latter.

That was quite a fire, you got a nice photo of it!
All's I have to say is Poor Niko with his problem, hopefully it can be worked out soon.

Bummer for the reaction for Niko. too bad he can't put two and two together. (he he)
There is no way we could burn a fire like that in my area. There are wild fires all around. sounds like there is a lot of work ahead. I'm sure it will be great when it's done.

Glad to see this fire was one you lit yourself! I remember all the trouble you had with the previous yard owners always lighting fires.
It is really hard to get a horse to stop cribbing, so hope you are having some success with the other thing you are trying with Niko. I will look forward to reading your progress. Have a good weekend. Abby

...curious to see how you stopped the cribbing...

Sherri, yes it was quite a fire I wasn’t going to bother taking photos but when I saw how high it got I thought it looked quite impressive so I got the camera.

Mary, yup lots and lots of work I am really looking forward to getting the horses on to the next paddock but I can’t help wondering how long it is going to take. I was a bit worried about the flames spreading to our stables but luckily they didn’t.

Abby, yes I remembered that when we were lighting the fire but unlike them we made sure we wouldn’t be smoking out any horses by having the fire away from them and making sure the wind was blowing away from them, and I can’t help wondering would it have really been so hard for them to do that, still some people can just be difficult for no reason.

Margaret, all will be revealed very soon, just so long as I can remember to take the photos to show you all how we have stopped him.