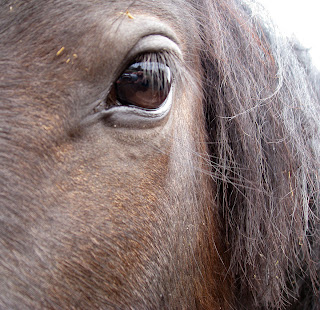 It’s been a bit since I posted because I have been ill and while I am not quite up to standard yet I am feeling a lot better so it’s time to get blogging. I was looking through my stats upon return, and oh it is not pretty, my goal of having an increase of views every month looks to be a failure as I have about 10 days left to get about 800 more views, not happening oh well. 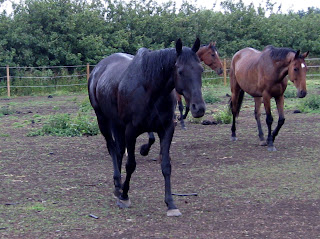 Anyway now for some good old horsey stuff, well everyone has been off work for a bit and I haven’t been taking many photos so these ones are a bit old. A new farrier is coming tomorrow to do Niko, Madeline, Tipper and maybe the ponies if he has time to do them all. Niko is having front shoes, maybe a refit but I don’t know as it is a new farrier so he might want to use his own shoes, obviously he will also have the hinds trimmed. Madeline is just having a trim but she has not been shod since we got her so we are keeping it that way for now. As for Tipper we are going to play it by ear but he will definitely be having that one shoe taken off, he’ll have the sedative so we’ll see how he takes it all and if he doesn’t get stressed his feet can be trimmed. 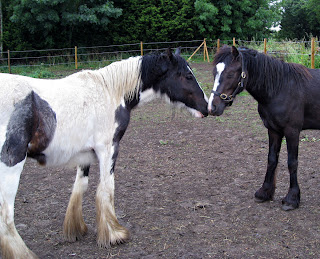 As for the ponies they are just fine Murphy is his normal plump self and Pip is also doing well but still so young that one second he is fat next he is thin because of growth spurts, but all in all they are well. Anyway let’s hope I can stay in health long enough to get more blogging done.

I am sorry you haven't been feeling well. I was starting to wonder what you were up to. I hope you you can kick it completely and get back in the saddle!

I hope the new farrier works out better than the last and that everyone behaves themselve for the visit.
Take it easy.

I am sorry you have been ill, hope it wasn't anything serious.

It will be so nice to have the horses feet looked after.

Sorry you've been unwell- don't worry about the blog stats; I'm sure the people who do read your blog love it and thats what counts!

It's hard to be under the weather and have so much to do, especially horse stuff. Love your header with that cute face up there. Horses look great. Good luck with the farrier; hope it all goes well and you stay well too. Debi

Thanks for the comments. No it wasn’t anything serious, and I am glad you lot like new header, and yes Ted and Bunny you are right so long as the people who do read my blog like it I am happy. As for all of you wondering about the farrier lots will be answered in my new post I have just posted and the rest will be posted in my next post, thanks again for the comments.